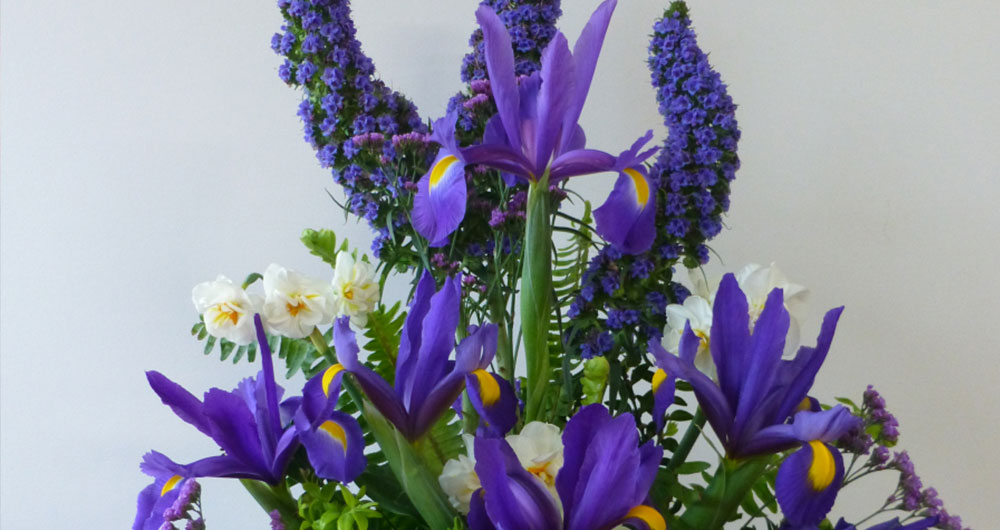 Due to Covid-19, this years Ikebana exhibition is cancelled.

Eden Garden has proudly hosted Sogetsu’s Ikebana annual exhibitions which celebrates the art of Ikebana.  See the coverage of the 2019 exhibition.

Eden Garden has hosted to Ikebana Festival for over a decade and we are very proud to continue to support the 10,000 Japanese people who live in Auckland with such an important cultural festival.

Japanese flower arrangement, Ikebana, has a long history.  Yet the actual origin is not clear. The eighth shōgun Ashikaga Yoshimasa (1436–1490), was a patron of the arts and the greatest promoter of cha-no-yu, the ceremonial tea, and ikebana flower arrangement. Yoshimasa finally abdicated the office in order to devote his time to the fine arts. It was he who said that flowers offered on all ceremonial occasions and placed as offerings before the gods should not be offered loosely but should represent time and thought.

One of the theories is “yorishiro” which is an object representative of a divine spirit or object to which a spirit drawn or summoned. The other is “kuge” which is an offering of flowers in Buddhism. As there are little and fragmented materials to support such theories, the origin continues to be uncertain. By the 12th century, Ikebana was not only confined to temples but began to spread into common households.

Muromachi period (1336-1573) is an era considered as important period for the history of Japanese art. It was during this period, Noh (traditional theatre play) and Tea ceremony emerged and was the period when painting, architecture and garden flourished and Ikebana was not an exception. Ikebana was freed from religious connection and begun to be accepted as form of appreciation.

Today, there are literally 100s of Ikebana schools, but the three main schools are Ikenobo (marked 550 years of history back in 2012), Ohara (founded end of 19th century) and Sogetsu (founded in 1927, just over 90 years since its foundation).

Sogetsu is considered “young” but is also known as “creative Ikebana”.

Anyone can enjoy Sogetsu Ikebana anytime, anywhere, using any material. Today, Sogetsu is headed by Akane Teshigahara, granddaughter of founder Sofu, who continue to develop Sogetsu Ikebana not only in Japan but throughout the world having Sogetsu branches every continent of the world.